Denmark’s Race to the Bottom

Denmark’s Race to the Bottom

The prospect of an Islamic takeover of Denmark becomes a real possibility.

Lars Hedegaard is a Shillman Journalism Fellow at the David Horowitz Freedom Center.

During a discussion in May 2004, Amir Taheri noted that Islam is incompatible with democracy for the simple reason that democracy is based on one fundamental principle, namely equality. This is unacceptable to Islam, according to which a non-believer cannot be the equal of a believer. To be sure, Jews and Christians, labeled “people of the Book”, are accorded human status and some protection by their Muslim masters (at least in principle) provided they agree to submit to a form of apartheid known as dhimmitude, which has been exhaustibly chronicled by writers such as Bat Ye’or and Andrew Bostom.

The very concept of democracy is anathema in Islam, according to which power belongs only to God. The man exercising that authority on Earth is known as the khalif and holds all religious, political and military power.

In Islam the people cannot have any say over legislation because Allah revealed his eternal law to his prophet 1400 years ago, wherefore it would be blasphemous for men to change a single word.

Almost all Muslim states have man-made laws, but the true believers regard these laws as an affront to their religion and the regimes upholding them as illegitimate imposters. Which goes a long way towards explaining the constant instability and occasional bloodshed throughout the Muslim world.

But surely, such medieval ideas cannot long survive a confrontation with the enlightened West? Regrettably they can.

Take Denmark as an example – a country that just a few decades ago was seen as progressive, humane, egalitarian and having one of the world’s most generous and all-encompassing welfare systems. The Danes were the world’s happiest people benefitting from a healthy dose of “social capital”, i.e. trust in each other. An iconic poster from these glorious times eminently illustrated how Danes saw themselves and hoped to be seen by others. It depicted a warm-hearted policeman stopping all traffic to allow a mother duck to safely cross the street with her numerous ducklings in tow.

When the Muslim immigration picked up speed in the 1970s followed by the world’s most generous immigration law in 1983, almost everyone took it for granted that the newcomers would eventually assimilate or at least integrate and thus blend into the native population as had happened with previous waves of immigrants. By the 1970s, the vast majority of Danes of all political persuasions, the entire media, the academic experts and the cultural establishment didn’t hesitate to call a tiny band of vociferous immigration skeptics “racists”, “xenophobes” or even “fascists”. Many of the less than enthusiastic supporters of the government’s immigration policy were permanently ostracized from polite company, prevented from writing in the press or hit by others sorts of berufsverbot.

Alas, despite the high hopes and an untold number of billions forked over to entice the growing Muslim ummah to become Danes, the past 50 years have been marred by one disappointment after another. It has gradually dawned on a great number of Danes that the sine qua non for integration to take place is a willingness by the new arrivals to become integrated. And what would be the incentive as long as the state – at the latest count – provides a yearly net outlay of 36 billion kroner to maintain a foreign population that show few signs of gratitude but constantly complain about how ill they are being treated.

Nor should this state of affairs come as surprise. As Amir Taheri remarked during a speech in Copenhagen some years back: An indubitable way to guarantee that integration does not take place is to pay people for integrating thereby ensuring that they have no incentive do so.

The enormous sums wasted on integration have a further pernicious consequence in the shape of what I have termed “the immigration-industrial complex”. It refers to a sprawling number of public employees, academic experts, integration consultants, and members of state-supported NGOs eager to assist people from far away lands. The majority of these thousands of people would be out of a job, if they actually succeeded in their laudable endeavors.

But their jobs should be reasonably secure as there is no indication that Muslim integration is taking place. In fact quite the opposite is happening.

A poll published in October 2015 showed that 77% of Muslims living in Denmark believed that the Koran should be followed to the letter – up from 62% a decade earlier. As it turns out, each new Muslim generation is more “religious” than their parents and grandparents – if religious is the proper term for what is essentially a political ideology.

What could account for this significant jump in Islamic devotion? The usual commentators came up with the usual explanations: Muslims were being vilified and marginalized to such an extent that they had no option but to seek solace in the Koran. A professor of Koranic Studies at Copenhagen University didn’t think that this greater devotion to the Koran’s blood-curdling pronouncements necessarily presented a threat to democracy.

A Muslim commentator noted: “When somebody tried to tear off my veil or spat at me in the street, that only made me tie my veil even tighter.” Of course there is little proof that such events had ever taken place.

A sociologist specializing in “intercultural studies” at Roskilde University was in no way alarmed by this heavy dose of religiosity. In fact she thought it might be beneficial to young Muslims’ integration into Danish society though she failed to explain precisely how that might come about.

Unless Muslim gangs rape and brutalize Danes in the streets – as happens every other day – it is hard to imagine any Muslim behavior that the academia will not interpret as advantageous to the country’s social harmony.

Gradually, however, some politicians are beginning to come clean and admit that it might nor have been such a great idea to import the 375,000 Muslims that are now estimated to be living in the country thus constituting a bit over 6% of the population – a figure that is expected to double over a few decades.

Even former Prime Minister, Lars Løkke Rasmussen – previously a staunch supporter of open borders – admitted in his October 2015 opening speech to the Folketing (the Danish Parliament) that integration had failed:

[Of] all immigrants from non-Western countries, not even half are working despite the fact that many have been here for 10, 20 or 30 years. That is worrying.

Rich words from a prime minister who only a month before had refused to close the Danish-German border and so allowing tens of thousands of migrants to march through the country totally unchecked.

By now the image of the cop and the duck family has faded from memory and been replaced by a photo of a little migrant girl playing with a policeman on the freeway that could no longer be used for traffic because it had been taken over by marching Muslims.

Following the great march many Danes lost confidence in the politicians’ willingness to protect the country from foreign invasion, which was one reason why Mr. Rasmussen lost the 2019 parliamentary elections and had to resign. His parliamentary supporters in the hitherto immigration- and Islam-critical Danish People’s Party went from 21,1 % of the vote in 2015 to 8,7% and has still not risen from that debacle, which was mainly caused by the DPP’s refusal to topple the government and so force Anders Fogh Rasmussen to call new elections.

Leading up to the 2019 election, the leader of the Social-Democratic Party and new Prime Minister, Mette Frederiksen, had promised a “firm but fair” immigration policy. That was soon forgotten, as one of her first actions was to substantially increase the monthly handouts for immigrants with children.

Nobody really has an idea of how to reverse a social reality where the Muslim population is mainly concentrated in ghettoes in and around the big cities, Copenhagen, Odense, Aarhus and Aalborg setting up Sharia zones and administering justice the Koran way.

These enclaves may aptly be described as areas ceded to a foreign power and have little in common with the rest of the country – except for their willingness to receive billions from the Danish taxpayers, who they despise.

Back to the question: What happened between 2006 and 2017 that might account for the sudden jump in Islamic devotion? If we understand that Islam’s essence is conquest until Allah’s religion reigns supreme in all corners of the Earth, it is not that difficult to explain. By the early decades of this century, Islam had become so well entrenched and the Muslims so numerous that the prospect of an Islamic takeover of Denmark suddenly appeared as a distinct possibility. And as history shows, it is always a good idea to join the winning side.

The Danes have but a few years to wake up to this new reality. If not, Mohammed will have his way. 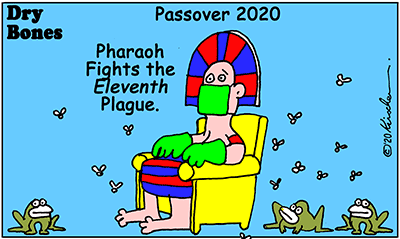 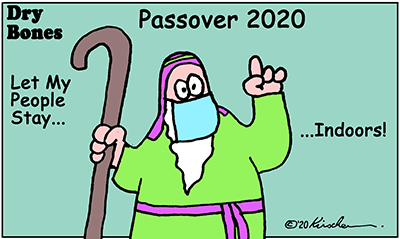 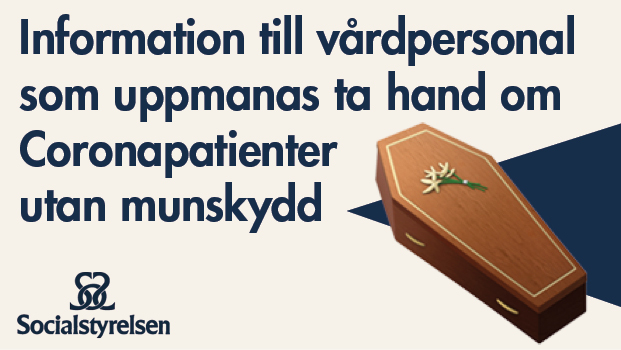 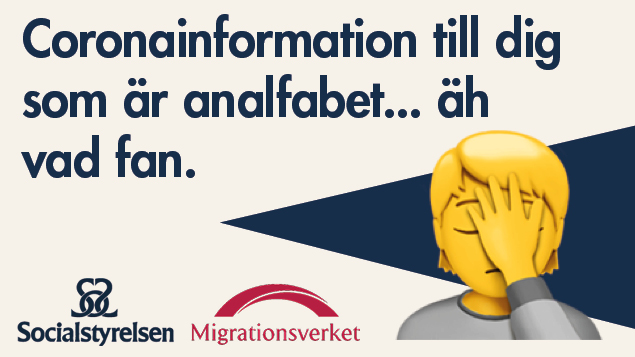 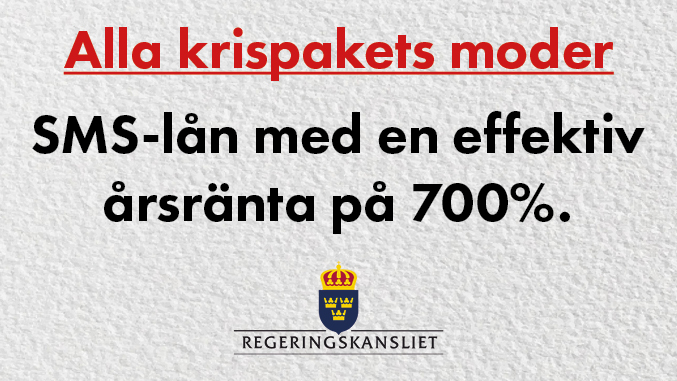 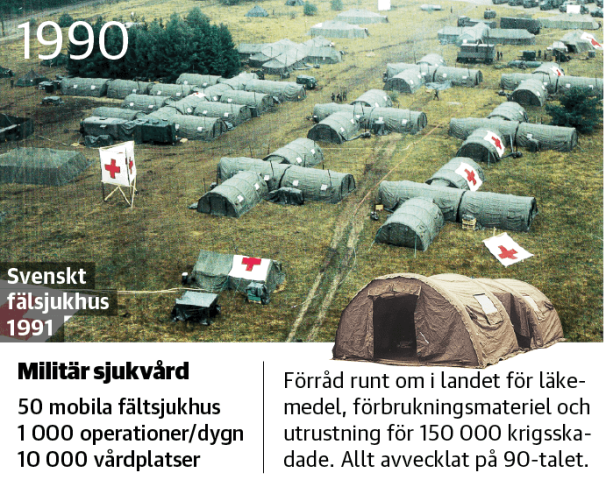 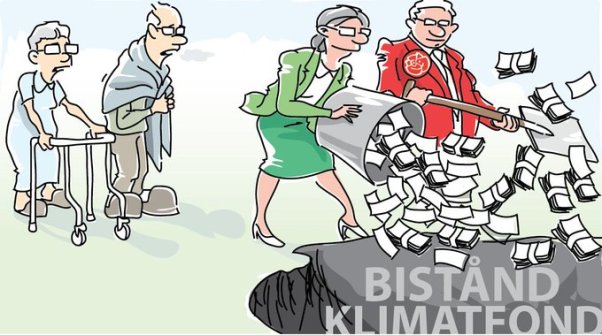