BOSTON (Reuters) – A third college friend of accused Boston Marathon bomber Dzhokhar Tsarnaev was indicted on charges he lied to federal investigators, the U.S. Attorney General for Massachusetts said in a statement on Thursday.

Robel Phillipos, 19, was one of the three people who removed a backpack full of fireworks and a laptop from Tsarnaev’s dormitory room at the University of Massachusetts Dartmouth days after the April 15 attack, and later lied about it, prosecutors claim.

The two other students, Dias Kadyrbayev and Azamat Tazhayakov – both from Kazakhstan – have already been indicted on obstruction charges and detained pending trial. They have pleaded not guilty.

Tsarnaev and his brother Tamerlan, ethnic Chechens, are believed to have set off a pair of homemade pressure-cooker bombs at the world-renowned marathon’s finish line, killing three people and maiming scores of others in one of the worst attacks on U.S. soil since September 11, 2001. 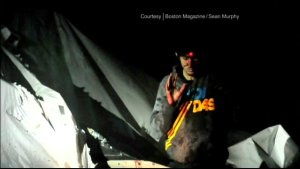 Tamerlan Tsarnaev was killed in a shootout with police a few days after the bombing. Dzhokhar was captured and imprisoned pending trial on terrorism charges.

According to the indictment against Phillipos, Dzhokhar Tsarnaev sent a text message to Kadyrbayev on April 18, shortly after the FBI published pictures of the bombing suspects, asking his friend to go to his ”room and take what’s there.”

The three men allegedly took the laptop, backpack and other items from Tsarnaev’s room later that day and put them in a dumpster in nearby New Bedford. Investigators later recovered the items from a landfill, according to the indictment.

Phillipos, along with Kadyrbayev and Tazhayakov, concealed his actions during interviews with federal investigators between April 19 and April 25, according to the indictment.

”In so doing, he made numerous false and misleading statements to the agents,” according to the statement from the office of U.S. Attorney General for Massachusetts Carmen Ortiz.

Phillipos, who has been under house arrest since May, faces up to 16 years in prison if convicted. Kadyrbayev and Tazhayakov face up to 25 years in jail or deportation.

Next year’s Boston Marathon will include an additional 9,000 runners, boosting the field size to 36,000, amid a groundswell of support and interest in the wake of the bombing attack, the marathon’s organizers said on Thursday.