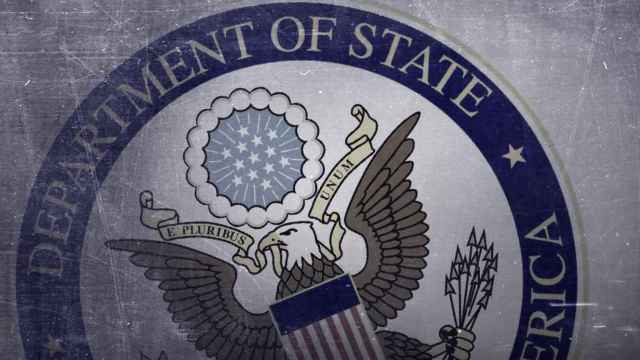 The State Department’s own “deep state” is trying to sabotage President Trump’s foreign policy agenda. From the Israeli-Palestinian conflict to Iran, Qatar and climate change, the State Department, under Secretary of State Rex Tillerson, is reported to be in “open war” with the White House. Key high level positions remain vacant as Obama holdovers “continue running the show and formulating policy, where they have increasingly clashed with the White House’s own agenda,” according to the Free Beacon. Secretary Tillerson has reportedly run interference to protect the Obama holdovers from being removed, allowing resistance to President Trump’s foreign policy agenda to flourish within the State Department.

The first casualty of this internal coup by the State Department’s deep state is Israel. The shadow of the Obama administration’s anti-Israel bias was reflected in a report the State Department released on July 17, 2017 entitled Country Reports on Terrorism 2016. It praised Palestinian Authority President Mahmoud Abbas for reiterating “his commitment to nonviolence, recognition of the State of Israel, and pursuit of an independent Palestinian state through peaceful means.” The report referred to what it called “significant steps during President Abbas’ tenure (2005 to date) to ensure that official institutions in the West Bank under its control do not create or disseminate content that incites violence.”

The State Department report brushed aside clear evidence of a continuing barrage of incendiary rhetoric appearing on official Palestinian Authority and Fatah social media outlets and of inflammatory statements by Palestinian officials, including Abbas himself. Instead, it claimed that the Palestinian Authority “has made progress in reducing official rhetoric that could be considered incitement to violence.”

The State Department report conveniently skipped over the fact that Abbas remains committed to paying regular salaries to Palestinian terrorists imprisoned for killing Jews and to terrorists’ families. Their perfidiously named “Martyrs Fund” has a treasure chest of about $300 million dollars. That blood money comes in part from foreign aid to the Palestinian Authority, some of which is contributed by American taxpayers. President Trump has spoken out against the ‘pay to slay Jews’ terrorist payments, but the State Department has turned a blind eye. Obama holdover Stuart Jones, the Acting Assistant Secretary of State for Near East Affairs, is reported to have steered Secretary Tillerson into making the erroneous claim that the Palestinian Authority had ceased spending U.S. taxpayer funds to pay terrorists, according to the Free Beacon’s sources.

Just a few hours after three members of an Israeli family were massacred by a Palestinian terrorist, a State Department official tried to defend the report’s conclusions on the drivers of Palestinian violence. The official sounded like a clinical psychologist or a social worker, declaring that there is “no one single pathway to violence—each individual’s path to terrorism is personalized, with certain commonalities.” This is the same type of irresponsible rhetoric used by the Obama administration in discussing the supposed root causes of what it called “violent extremism.”

“The president assigned White House staffers with the task of preparing for the possibility of decertification for the 90-day review period that ends in October — a task he had previously given to Secretary Tillerson and the State Department,” a source close to the White House told Foreign Policy.

The State Department is a swamp infested with Obama holdovers such as Sahar Nowrouzzadeh, the former Iran director for Obama’s National Security Council, who helped push through the Iran deal. When she moved over to the State Department during the waning months of the Obama administration, she was assigned to oversee the Persian Gulf region policy planning portfolio, which included issues related to Iran. She continued in that high-level advisory position until April of this year, when she was re-assigned to the Office of Iranian Affairs. In other words, a strong supporter of the Iranian nuclear deal with a vested interest in its continuation was on Secretary of State Tillerson’s policy planning team. Secretary Tillerson no doubt relied on this tainted team for input into his decision to recommend the first certification signing last April. Ms. Nowrouzzadeh is still working on Iranian-related issues for the State Department where she can do some damage. However, at least she is no longer part of the Secretary of State’s brain trust.

“We recognize that Qatar has made some great efforts to stop financing of terror groups,” said State Department spokesperson Heather Nauert at the June 6, 2017 briefing. “Our relationship with Qatar is strong.”

Dana Shell Smith, ambassador to Qatar until she left in late June, who believes that Qatar is a “great country,” was another Obama holdover. She was still the ambassador when the row over Qatar erupted. The day before Heather Nauert’s news briefing extolling Qatar’s supposed “great efforts to stop financing of terror groups,” the U.S. embassy in Qatar, still led by Dan Shell Smith, retweeted the following, which was originally tweeted during the Obama administration: “U.S. supports #Qatar’s efforts in combating terrorism financing & appreciates its role in coalition against ISIL.”

These sentiments are in direct contradiction to the views expressed by President Trump. Indeed, Smith had little use for President Trump and was not shy about saying so. Stationed in an autocratic country ruled by sharia law, she tweeted in May while still ambassador: “Increasingly difficult to wake up overseas to news from home, knowing I will spend today explaining our democracy and institutions.” Did this Trump-hater ever once think that the very idea of democracy, religious tolerance and equal rights for women are alien concepts to begin with in a country like Qatar that she called “great”?

After Smith’s departure, the State Department continued its praise of Qatar for supposedly being a partner in the fight against terrorism. In the same Country Reports on Terrorism 2016, which praised Abbas and blamed Israel for creating the conditions that fostered Palestinian terrorism, the State Department lauded Qatar for collaborating “to foster closer regional and international cooperation on counterterrorism, law enforcement, and rule of law activities.”

Finally, there is the issue of climate change. President Trump decided to withdraw the United States from the Paris Agreement on climate change because it disadvantaged America economically. However, the Paris Agreement was the pride and joy of Secretary of State John Kerry’s State Department. Obama holdovers have remained at the State Department, in a position to do mischief to President Trump’s plans to extricate the United States from the bad climate change deal.

Within the bowels of the State Department, for example, is the Office of the Special Envoy for Climate Change, which, according to its website, is responsible for developing, implementing, and overseeing U.S. international policy on climate change. Its website still boasts how it led the way “in the negotiations in Paris at the 21st Conference of Parties to the UNFCCC (COP21).” The website goes on to praise the Paris Agreement as the “most ambitious climate accord ever negotiated.”  This website remains operational even though President Trump has reportedly decided not to name a special envoy for climate change. The United States deputy special envoy for climate change, Trigg Talley, who served as head of the U.S. delegation for negotiations under the UN Framework Convention on Climate Change, remains in office, however. The opportunity for the State Department to conduct a deep state war against the president’s climate change policies is a real threat unless the Office of the Special Envoy for Climate Change is completely shut down.

There are other potential pockets of resistance to President Trump’s climate change policies inside the State Department, such as the Office of Global Change. It too should be shut down or sharply curtailed.

President Trump, not State Department bureaucrats, was elected by the American people. He should have the final say on policy matters within his scope of executive authority, which includes the setting of foreign policy priorities. Deep state saboteurs within the State Department and other government agencies need to be rooted out at once and removed from positions of influence where they can do harm to the president’s agenda.