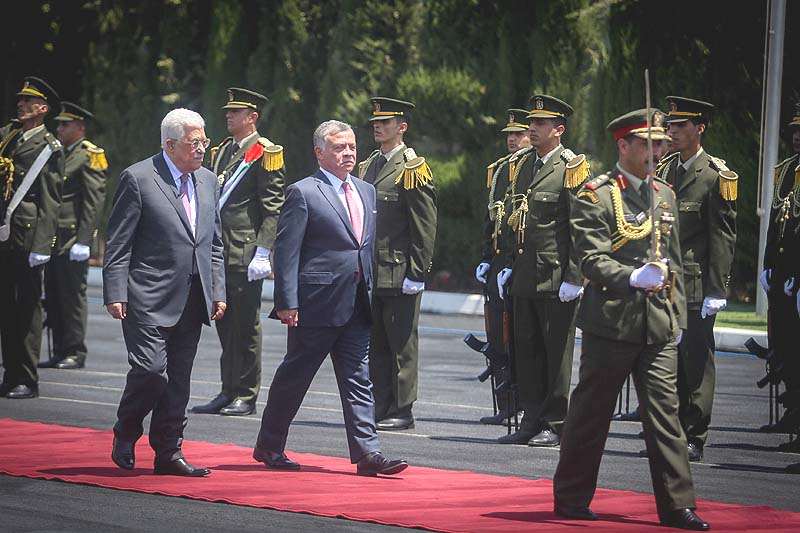 According to the newspaper, $45 billion will be invested in projects in the Kingdom of Jordan in return for its agreement to accept a million “Palestinians.” But King Abdullah has made it clear that he thought the plan was dangerous.

According to the report, Egyptian President Abd al-Fatah al-Sisi is expected to be updated on the final details of the plan during his visit to Washington next week. This would be before the official announcement and its implementation, which are planned for after Tuesday’s elections in Israel.

Al-Akhbar also reported that Egypt and Jordan lowered their opposition to the deal, about which King Abdullah had already been briefed in his recent visit to Washington.

The king said that the plan was dangerous and not simple to implement, in particular the part relating to the land swaps in Tzofar, a moshav in the Arava desert, and Naharayim, where Jordan conquered in 1948 the Island of Peace and a hydroelectric power-plant that belonged to Israel. According to the Trump proposal, Jordan would receive from Saudi Arabia an area equal in size to these territories which Israel would reacquire.

In addition, Jordan has been asked to take in a million “Palestinian” refugees in several stages, in return for $45 billion in investments. Jordan’s entire GDP is only $40 billion. Saudi Arabia and other Gulf states will finance these investments.

According to Al-Akhbar, King Abdullah has told Egyptian officials based on the maps he had seen in Washington, that the American plan envisions a confederation of the Palestinian Authority, Jordan and the Israeli Civil Administration in the liberated territories.

The plan also expects Egypt to permit “Palestinians” to move freely through the Rafah crossing, to work legally in industrial zones in Egypt, and to pursue a track to Egyptian citizenship. Egypt would be compensated with projects in the northern Sinai to the tune of $65 billion.

Lebanon will also be included in the new deal, by awarding Lebanese citizenship to the “Palestinian” refugees on its soil, and not seek their return to Israel.