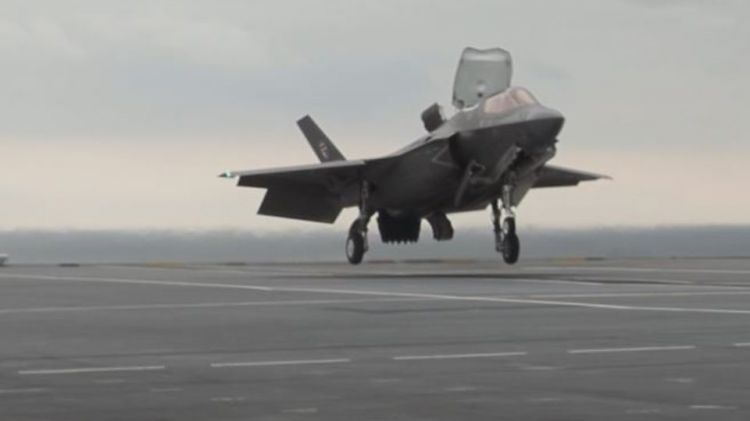 The U.S. Department of Defense has tested its F-35 fighters on Russian S-400s in Syria. Such arguments are made by some military and defense specialists and experts, based on an active obstacle to the adoption of these systems by the Turkish arsenal.
According to experts, the appearance of the American F-35 in the range of the Russian S-400 was not in favor of the American “stealth”, which no longer risk approaching the zone of detection of Russian radars.
“American F-35s were tested on Russian S-400s most likely last two years. Presumably, the American combat aircraft could enter the detection zone of the Russian radar and be easily target” the expert notes.
According to him, it is for this reason that the US is actively hindering the adoption of these systems by Turkey, and also does not risk sending its F-35 fighters closer, in any case, according to open sources, than 250 kilometers to the area with the S-400 .
“Washington realizes that if Erdogan reveals the vulnerability of American F-35s to Russian S-400s capable of shooting down fighters before the latter enter the firing zone, then no other country in the world will buy these stealths. Who needs combat aircraft when they can be shot down from a complex that costs the price of 3-4 American fighters?” a specialist said.
It should be clarified that Israel does not use its F-35 fighters either, which, obviously, received relevant recommendations from Washington, as the Russian S-400s will be able to detect them and even help the Syrians to bring them down.
The reports says that not only S-400 may detect the US F-35 stealth fighter jet. The German Company Hensoldt manufactured a passive radar TwInvis, which fixes the location of F-35 aircraft.
The company made a test on October 2 last year. As soon as the planes were in the air, the radar began tracking them. Data collection was based on signals from ADS-B transponders. The so-called Luneberg lenses are equipped with machines so that their movement can be recorded by ground services. The soaring F-35s were just equipped with them.
However, as the manufacturer assures, the radar is capable of detecting targets regardless of whether radar reflectors are installed on them. According to Hensoldt, a passive radar operates in a different spectrum, which makes the presence (or absence) of these lenses unimportant.
Recall that last October, Chinese scientists had claimed to have developed low-frequency radars capable of detecting and locating the F-35.
The fact that the F-35 is increasingly unlikely to carry the invisible nickname is also confirmed by the actions of the Indian Air Force last year, when they were able to detect Chinese J-20 stealth.
The discovery and identification of Chinese J-20 fighters has become possible for several reasons. One of the reasons for Indian specialists is described as follows: in a flight over a mountain range, and it was there (near the border of China and India) that Chinese fighter jets were discovered, the “thermal lensing effect” arose: air streams rising from mountain ranges connected with hot streams air, which was created by the operation of the Chinese J-20 engines.