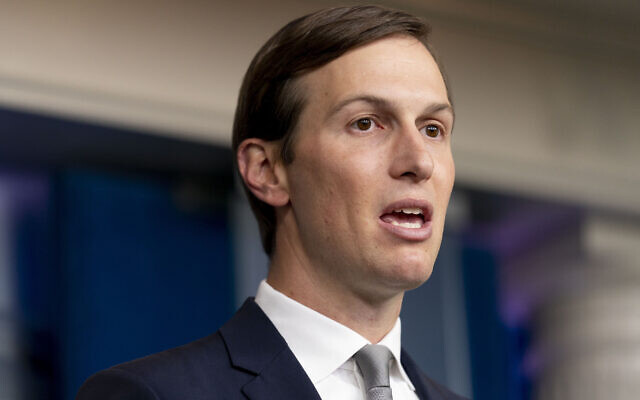 The United States is willing to enter peace negotiations with Iran if US President Donald Trump is reelected in November, top White House official Jared Kushner said, as Washington tries to snap back UN sanctions against the Islamic Republic.

Kushner, Trump’s son-in-law and senior adviser, said the US president would be willing to meet Iranian President Hassan Rouhani and other leaders, in an interview with Voice of America conducted Tuesday and published Wednesday.

“For President Rouhani, I would say it’s time for the region to move forward,” he said. “Let’s stop being stuck in conflicts of the past. It’s time for people to get together and to make peace.”

“Peace is a noble thing. It’s a good thing and it’s a very important thing, if we want to have a world where everyone can have economic opportunity in order to live a better life than their parents,” Kushner said.

“President Trump is willing to talk. He’s willing to meet [Iran’s leaders]. But … he’s going to be tough,” he added. 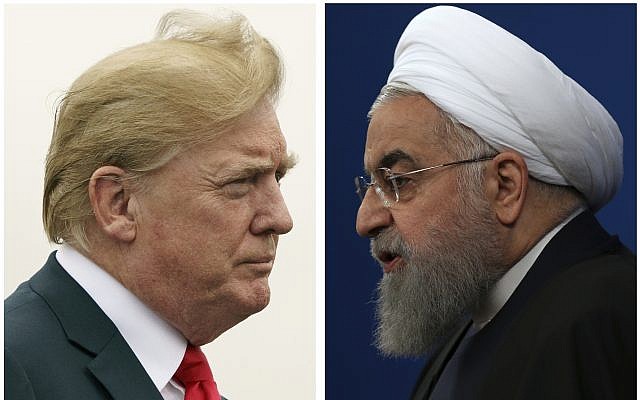 Trump’s presidency has been marked by intensifying US-Iran tensions, having left a landmark nuclear deal and reimposed far-reaching international sanctions. In an August 11 press briefing, Trump claimed that if he is reelected, Iran will agree to a new deal “within a month.”

“If there is a real deal where nuclear weapons are off the table, and we can make sure that it leads to a more prosperous Middle East, then I believe President Trump would sit and have discussions about it,” Kushner said.

A similar strategy of tough measure alongside diplomatic overtures with North Korea resulted in a series of high-profile summits with its leader, Kim Jong Un, but they haven’t amounted to any meaningful policy changes.

“I see a lot of countries coming in fairly quickly,” Trump said at a press conference late Wednesday. “And when you have them all in, ultimately Iran will come in too. There’ll be peace in the Middle East. That’ll be nice.” 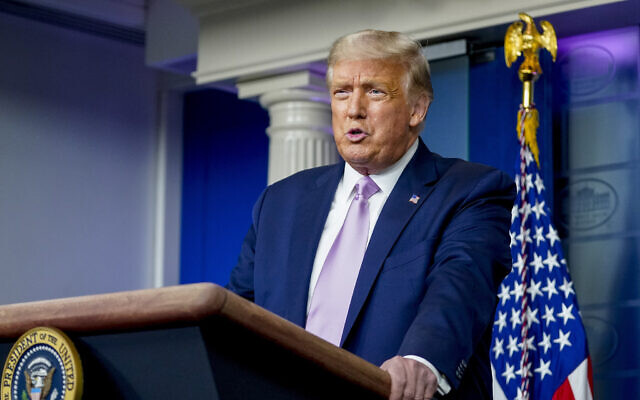 US President Donald Trump speaks at a news conference in the James Brady Press Briefing Room at the White House, August 11, 2020, in Washington. (AP Photo/Andrew Harnik)

Trump announced Wednesday that US Secretary of State Mike Pompeo would activate a controversial mechanism aimed at reimposing UN sanctions on Iran, escalating a row with European allies that has huge repercussions for the Iranian nuclear deal.

Pompeo will travel to New York on Thursday to notify the United Nations Security Council that the US is triggering the so-called “snapback” procedure, which Britain, France and Germany say it doesn’t have the right to do.

The move comes after the United States suffered a humiliating defeat at the Security Council last week when it failed to muster support for a resolution to extend a conventional arms embargo on Iran. The vote highlighted how isolated the US is over Iran at the UN.

“Snapback” aims to restore all international sanctions against Iran that were lifted as part of the 2015 accord with Tehran that sought to prevent it from developing nuclear weapons.

But it also threatens to torpedo the Iran nuclear deal that the US, China, Russia, France, Britain and Germany signed with Tehran in 2015.

Trump withdrew the US from the agreement, known officially as the Joint Comprehensive Plan of Action (JCPOA), in 2018 and introduced American sanctions on Iran as part of a “maximum pressure” campaign against the Iranian regime. 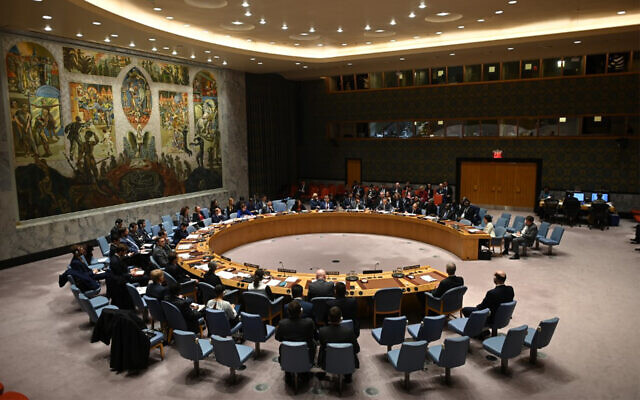 Despite pulling out of the deal, America claims that, as a “participant” of the original agreement, it has the power to unilaterally reimpose UN sanctions on Iran.

A 2015 UN Security Council resolution ratifying the agreement negotiated by former US president Barack Obama says participating states can unilaterally reinstall sanctions if Iran has failed to significantly comply with the accord.

The “snapback” procedure is supposed to lead to the re-establishment of sanctions after 30 days, without the possibility of Russia or China wielding their vetoes.

European countries on the Security Council contest the US’s legal argument and fear that the return of sanctions will sink the nuclear deal, which they are battling to save.

AFP contributed to this report.