New administration had been reviewing foreign arms sales made by Trump, including deal to supply advanced stealth jets reached as part of Israel normalization

By TOI STAFF and AGENCIESToday, 4:29 am

US Defense Secretary Lloyd Austin speaks to reporters at Israel’s Nevatim air base Monday, with an Israeli F-35 fighter jet in the background, on Monday, April 12, 2021 in Israel. (AP Photo/Robert Burns)

The Biden administration has told Congress it will move ahead with a massive arms deal to the United Arab Emirates, including advanced F-35 aircraft, that was signed in the wake of Israel’s normalization deal with the Gulf nation, congressional aides told Reuters on Tuesday.

A State Department spokesperson said the administration would move forward with the proposed sales to the UAE, which also include armed drones and other equipment, “even as we continue reviewing details and consulting with Emirati officials” related to the use of the weapons.https://imasdk.googleapis.com/js/core/bridge3.451.0_en.html#goog_1487158127

In January, the new administration put a temporary hold on several major foreign arms sales initiated by former US president Donald Trump, including the deal to provide 50 F-35 advanced fighter jets to the United Arab Emirates, which was fast-tracked by Washington after Abu Dhabi agreed to normalize relations with Israel.

The State Department spokesperson told Reuters that estimated delivery dates to the UAE were for after 2025.

In addition to the massive $23 billion transfer of stealth F-35 fighters to the United Arab Emirates, another deal being paused is the planned major sale of munitions to Saudi Arabia. Both sales were harshly criticized by Democrats in Congress.

It was not immediately clear if the Saudi deal was also going ahead.

“When it comes to arms sales, it is typical at the start of an administration to review any pending sales, to make sure that what is being considered is something that advances our strategic objectives and advances our foreign policy,” Secretary of State Antony Blinken said after putting the review in place in January. 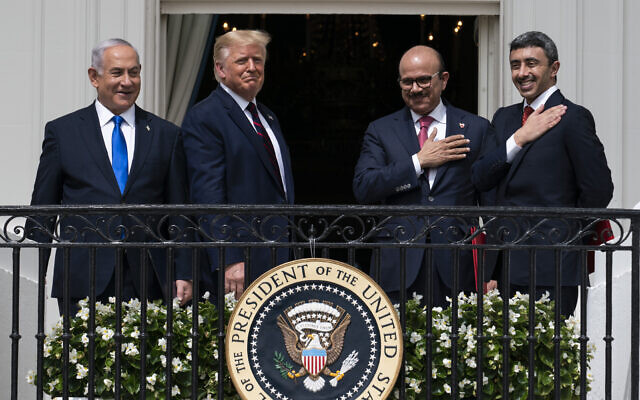 The Trump administration’s announcement on the F-35 sale came shortly after the Republican president lost the November 6 election to now-President Joe Biden and followed the signing of the Abraham Accords between Israel, Bahrain and the UAE, under which the Arab states agreed to normalize relations with Israel.

Trump had explicitly backed arms sales on commercial grounds, saying that the Saudis were creating US jobs by buying from US manufacturers.

Congressional critics have expressed disapproval with such sales, including the deal with Saudi Arabia, that then-Secretary of State Mike Pompeo pushed through after bypassing lawmakers by declaring an emergency required it. The critics have alleged the weapons could be used to aid Saudi Arabia’s war in Yemen, which is the home of one of the world’s worst humanitarian crises.

Less than a month after the UAE sale was announced, an effort to block the deal fell short in the Senate, which failed to halt it.

Senators argued the sale of the defense equipment had unfolded too quickly and raised too many questions. The Trump administration billed it as a way to deter Iran, but the UAE would have become the first Arab nation — and only the second country in the Middle East, after Israel — to possess the stealth warplanes.

The deal was approved by the UAE during Trump’s final hour in the White House, a US official said.

The exact nature of the agreement signed that day was not clear though, nor whether it represented the contract itself. A contract would be more binding and could place financial penalties on parties who fail to follow through with the deal. 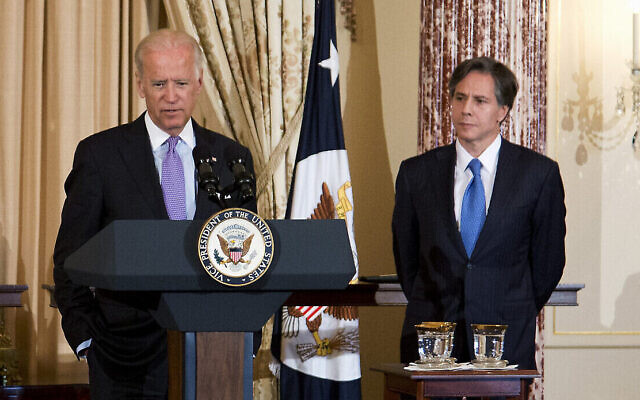 “We very much support the Abraham Accords. We think that Israel normalizing relations with its neighbors and other countries in the region is a very positive development,” Blinken said in January.

“We’re also trying to make sure that we have a full understanding of any commitments that may have been made in securing those agreements, and that’s something we’re looking at right now,” he added.

In a November interview with The Times of Israel, Blinken panned the apparent “quid pro quo” nature of the F-35 sale that immediately followed the normalization agreement.

Despite the review, Israel-UAE normalization has moved ahead without any adverse effects over the last few months.

On the record, the three countries have insisted that the arms deal was not part of negotiations that brought about the so-called Abraham Accords.

But Trump officials have acknowledged that the agreement put Abu Dhabi in a better position to receive such advanced weaponry, and a source with direct knowledge of the talks told The Times of Israel that both the US and Israel knew that the arms deal was “very much part of the deal.”

Israel announced in October that it would not oppose the sale, an about-face from its previous opposition to the deal on the grounds that it would harm the Jewish state’s military edge in the region. That decision came after meetings held between Defense Minister Benny Gantz and his US counterpart at the time, Mark Esper, at the conclusion of which the sides signed an agreement further codifying Washington’s commitment to maintaining Israel’s federally-protected military edge in the region. 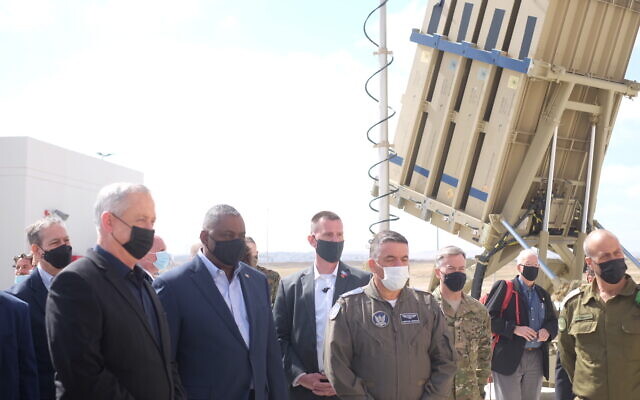 Tuesday’s news that the US would move ahead came a day after Gantz met current US Defense Secretary Lloyd Austin in Tel Aviv. It was not clear if the sale to the UAE was a focus of their talks.

Gantz is also believed to have secured an American commitment to a substantial military package to compensate for the weapons that the Pentagon was preparing to sell to one of Israel’s neighbors.