Israel comes to a standstill to remember 23,928 fallen

Israel comes to a standstill to remember 23,928 fallen

Country plunges into mourning as sirens mark start of Memorial Day; 43 soldiers and civilians killed since last year; Rivlin entreats nation: Israel must not be ‘taken for granted’

Israelis paid tribute to the country’s 23,928 fallen soldiers and terror victims starting on Tuesday evening, bowing their heads for a minute of silence as sirens sounded around the country to mark the start of Memorial Day.

The one-minute siren at 8 p.m. was immediately followed by the state ceremony at the Western Wall in Jerusalem. On Tuesday night, additional public memorials will be held, including at Tel Aviv’s Hayarkon Park and in the Knesset in Jerusalem.

Pfizer said to warn Israel: Pay up or go to the back of vaccine lineabout:blank

During the siren, traffic around the country came to an abrupt halt, as Israelis stopped driving to stand beside their cars and people at home stood in somber silence on their balconies or in their yards.

A second, two-minute, siren will go off at 11 a.m. Wednesday, which will be followed by the main Memorial Day ceremony at Mount Herzl military cemetery in Jerusalem, and smaller events at cemeteries across the country.

Speaking at the ceremony, Netanyahu said Israel will make “every effort” to return its captives, which include two civilians and the bodies of two IDF soldiers believed to be held by the Hamas terror group in Gaza.

“This is a sacred mission that we’re not letting go of,” he said. 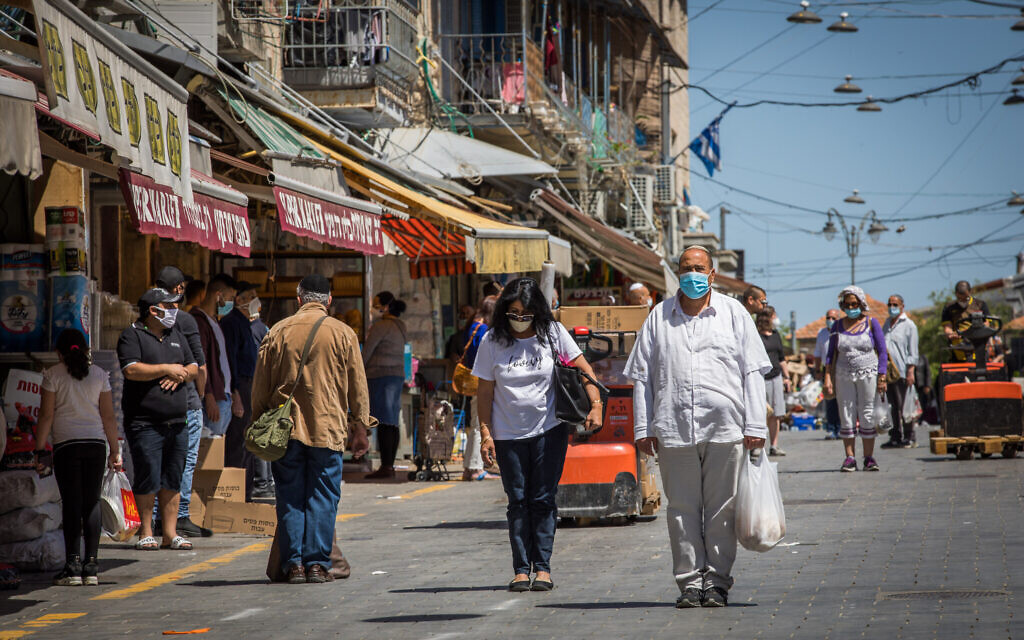 Speaking at the official state ceremony held at the Western Wall, President Reuven Rivlin said the message of the day was that citizens of the Jewish state must not take it for granted.

“From here, I want to speak to you, the commanders, the soldiers, those soon to enlist, the young generation. I grew up as a child at a time when we did not have a state. For me, for those of my generation, the State of Israel is not something to be taken for granted. This strong and powerful country you see was established by the heroism and dedication of young people of your age,” Rivlin said.

“Today, the task of protecting the State of Israel, is on your shoulders. Remember, without love of the homeland, dedication to mission, aiming for victory, comradeship, purpose, personal example and the purity of weapons, a free people will not be established here. The Israel Defense Force and the State of Israel, we, need you young, strong, united, united, united, determined to lend a hand, determined to continue to prevail, ready when necessary, to pay a price,” he entreated.

IDF chief Aviv Kohavi said, “Out of a commitment to the current generation of soldiers and their families, we will do everything to only send them on worthy missions.”

“We will improve the IDF’s capabilities: first of all, its ability to successfully carry out missions, but no less, to protect and defend the soldiers,” he said. 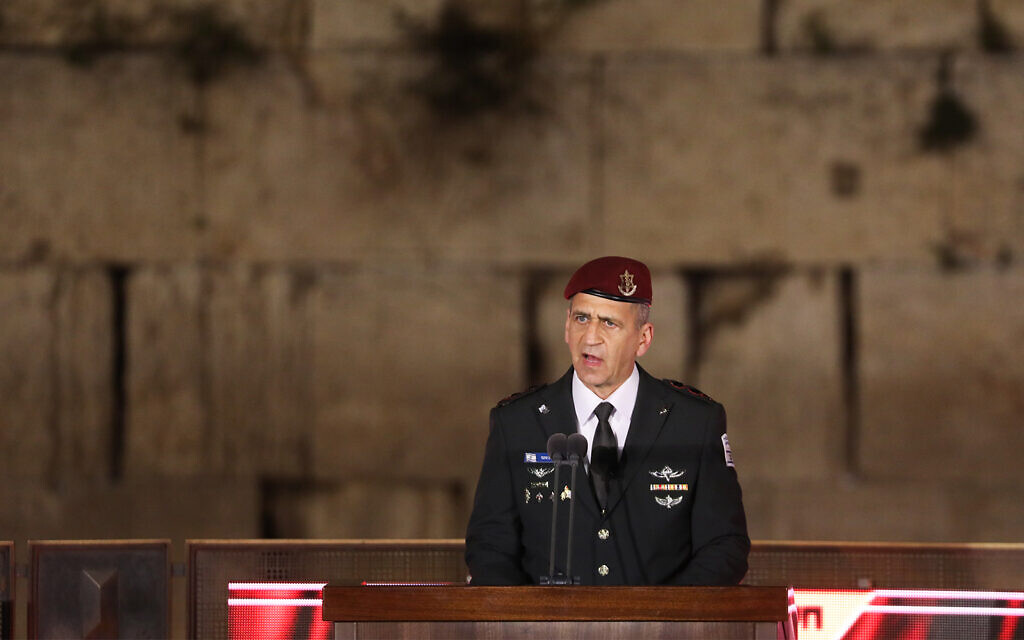 Forty-three soldiers and civilians were killed since last Memorial Day and the total number of Israeli casualties of war stands at 23,928, according to figures released by the Defense Ministry on Friday.

Since last Memorial Day, 112 new names were added to the roster of those who died defending the country since 1860.

Forty-three were IDF soldiers, police officers, and civilians, and 69 were disabled veterans who passed away due to complications of injuries sustained during their service.

The figures include all soldiers and police who died during their service over the past year, including as a result of accidents, suicide, or illness.

In a stark reminder of the toll of Israel’s wars, a former soldier suffering from post-traumatic stress disorder set himself on fire on Monday outside the Defense Ministry’s rehabilitation center, setting off a national reckoning. Itzik Saidyan, 26, remains in critical condition.

Unlike last year, when the pandemic saw all Memorial Day ceremonies held without audiences and smaller events planned for municipal cemeteries across the country were canceled, this year’s events will be held under few health restrictions.

On Wednesday, ministers approved removing some Memorial Day rules which included allowing relatives of the fallen who do not have the Green Pass to attend ceremonies.

The Green Pass is given to those who are fully vaccinated or have recovered from the coronavirus, granting them entry to public venues not open to others.

The new measures, effective as of Thursday, include raising the number of people allowed to gather outdoors from 50 to 100.  The current limit of 20 people indoors remains in place. 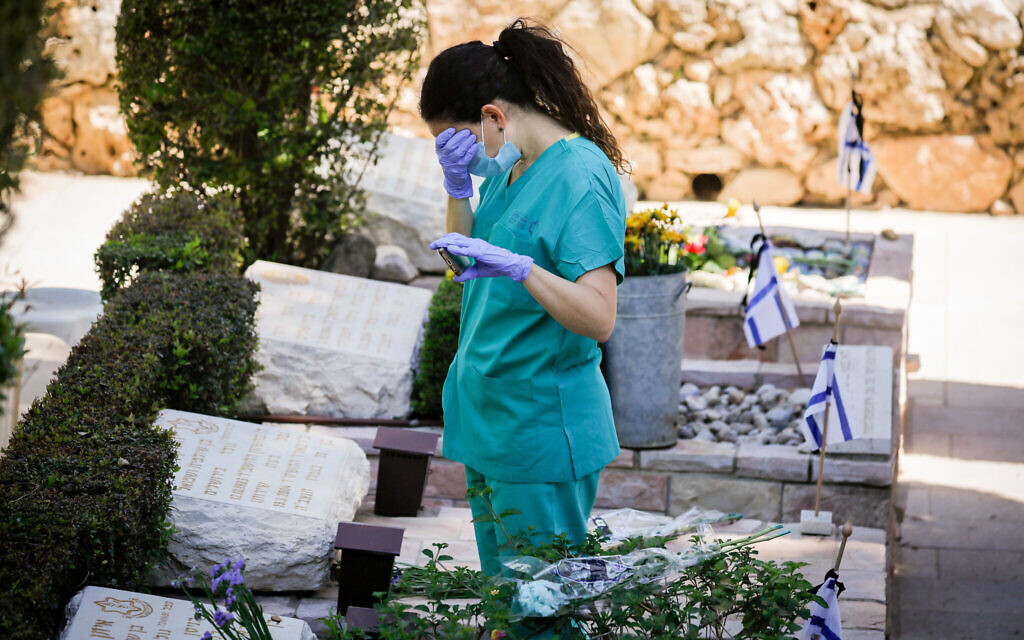 Memorial Day is one of Israel’s few national, non-religious holidays, during which large swaths of the Israeli public typically visit the graves of loved ones and comrades.

The general public has been encouraged to visit the graves of fallen soldiers over the next few days to avoid crowding on Memorial Day itself when close relatives are expected to attend.

The commemoration day, established in 1951 by then-prime minister and defense minister David Ben-Gurion, was set for the 4th of Iyar on the Jewish calendar, the day before Independence Day, which begins immediately after Memorial Day.