Netanyahu instructs top security officials to emphasize that Israel not bound by any agreement, committed only to its own security interests and ‘will act accordingly’

Ahead of an Israeli delegation traveling to Washington DC next week, Prime Minister Benjamin Netanyahu instructed the security officials participating in the mission to voice objection to the US return to the Iran nuclear deal, but not to hold talks on the issues.

Netanyahu emphasized in a meeting with the delegation on Thursday that Israel is not a party in the nuclear agreement with Iran, and not committed to it. Clarifying that “Israel is committed to its own security interests only and will act accordingly,” an Israeli official said.

“The instructions to the senior security officials that are flying to Washington for talks is to present Israel’s opposition to the agreement in Iran and not to negotiate over it, because we are talking about a return to the previous agreement that is dangerous for Israel and the region,” the official said speaking on condition of anonymity.

“If in the future there are serious contacts on Iran’s part over an improved agreement, Israel will state its position on the characteristics and content that such an agreement should have,” the official added.

IDF Chief of Staff Aviv Kohavi, part of the delegation, will travel Sunday to meet with a number of top US defense officials, in his first trip to the US since entering his position. 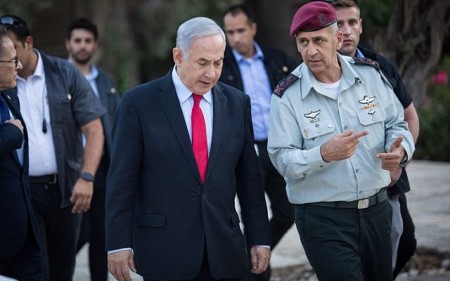 Kohavi, Ben-Shabbat, Cohen and Hayman all met with Netanyahu and Defense Minister Benny Gantz on Thursday to coordinate their messaging to their American counterparts. 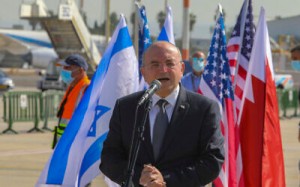 Israeli National Security Adviser Meir Ben-Shabbat during a ceremony before boarding an El Al plane to Bahrain to sign a series of bilateral agreements between Jerusalem and Manama, at Ben Gurion Airport in Lod, near Tel Aviv, Israel, October 18, 2020. (Marc Israel Sellem/POOL via FLASH90)

Israel is generally concerned that the US is rushing too quickly to return to the 2015 accord, known formally as the Joint Comprehensive Plan of Action, and is ignoring the concerns of Israel and other Middle Eastern countries, notably those in the Gulf.

Israel’s ambassador to the United States and United Nations, Gilad Erdan, told the UN Security Council on Thursday that he firmly rejects the nuclear deal in its current form.

“For Israel, Iran poses an existential threat,” Erdan said. “That is why we will not see ourselves bound by any agreement that does not fully address the threat against the existence of the State of Israel. And every one of you would do the same if you were in our shoes, particularly in light of the Holocaust,” he added. 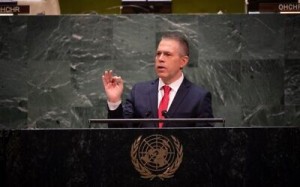 “The Biden administration also understands that the 2015 agreement was bad, we just disagree on the right way to reach a deal that will stop Iran,” Erdan told the Kan public broadcaster on Friday.

Israel and the US set up a strategic group, which last convened on April 13, to coordinate their efforts to prevent Iran from acquiring nuclear arms. The group is led by Biden’s National Security Adviser Jake Sullivan and his Israeli counterpart Ben-Shabbat.

Earlier this week, Kan news reported that Israel was lobbying the US to push for improved international oversight of Iran’s nuclear program, having concluded there will not be significant changes to the treaty but nonetheless seeking to slightly improve the terms of the pact, which is being negotiated in Vienna, with Europeans acting as intermediaries between Washington and Tehran.

Iranian President Hassan Rouhani said Tuesday that 60-70 percent of issues had been resolved in Vienna.

A spokesman for the US State Department indicated that Washington was backing down from a key prerequisite for its return to the deal. 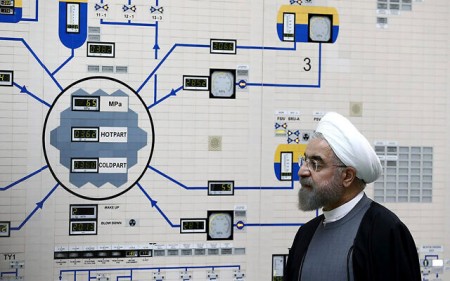 The Biden administration had repeatedly said that it would only return to the nuclear deal if Iran first returns to compliance. However, on Tuesday, US State Department Spokesperson Ned Price said at a press conference that Washington would only need to be sure that Iran intended to return to compliance.

Israeli officials, including Netanyahu, have adamantly opposed the US returning to the nuclear deal, putting Jerusalem openly at odds with the new White House administration.

Critics have long denounced the deal’s so-called “sunset clauses,” aspects of the agreement barring Iran from certain nuclear activities that end after a certain number of years. Though the deal technically prohibits Iran from ever developing a nuclear weapon, detractors of the agreement say these clauses will allow Iran to do so with impunity once the sanctions against the regime end.

The agreement is also narrowly focused solely on the nuclear issue, ignoring Iran’s development of nuclear-capable ballistic missiles that can reach Israel and parts of Europe, as well as its constant funding and support of terror groups like Hezbollah.

Proponents of the agreement generally argue that while the deal is imperfect, it was the best possible deal that could be struck under the circumstances and at least postpones the development of an Iranian nuclear weapon.