Iran says US agreed to remove 1,040 sanctions from Trump era in nuclear talks

Rouhani’s chief of staff says Washington willing to lift limitations on oil, shipping sectors and some senior officials close to Khamenei; no announcement on matter from US

By TOI STAFF and AGENCIESToday, 2:56 pm

As part of nuclear talks in Vienna, Washington has agreed to lift sanctions on Iran’s oil and shipping sectors, as well as to remove several senior officials from its blacklists, Iranian President Hassan Rouhani’s chief of staff said Wednesday.

“All issues of insurance, oil and shipping have been agreed, and about 1,040 sanctions from the Trump era will be lifted according to this agreement,” Mahmoud Vaezi told reporters on the sidelines of Wednesday’s cabinet meeting.

There was no announcement on the matter from the US.

Meanwhile German Foreign Minister Heiko Maas said Wednesday that he saw a “good chance” of concluding talks on a revival of the Iran nuclear deal soon, after talks with his US counterpart.

“Regarding the negotiations in Vienna, they aren’t easy — that’s been clear in recent weeks,” Maas told a joint press conference with US Secretary of State Antony Blinken.

“Nevertheless we are moving forward step by step in every round of negotiations and we assume that in the context of the [Iranian] presidential election, there’s a good chance to conclude them in the foreseeable future.” 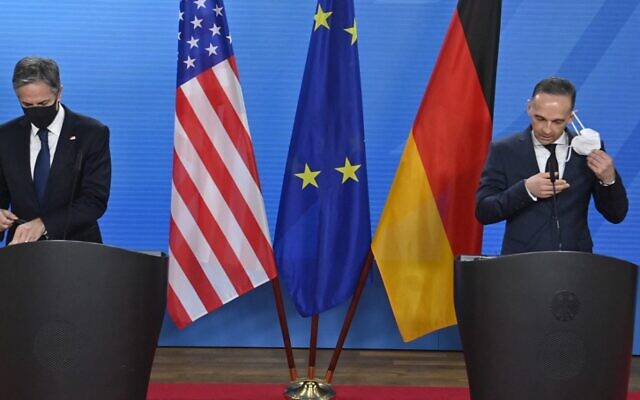 Maas said there were still “several technical questions to resolve” on the landmark accord.https://c55b31ca67a70228936201c0d8808833.safeframe.googlesyndication.com/safeframe/1-0-38/html/container.html

“In any case we are convinced that it’s worth it to maintain talks over such a long period of time in order to revive the JCPOA in this way,” he said.

The 2015 deal known as the Joint Comprehensive Plan of Action (JCPOA) saw Iran accept curbs on its nuclear activities in return for an easing of sanctions.

But in 2018 US then-president Donald Trump unilaterally abandoned the agreement and ramped up sanctions, prompting Iran to pull back from its own commitments.

Trump’s successor Joe Biden has signaled his readiness to return to the deal and state parties — also including Britain, China, France, Germany and Russia — have been negotiating its potential revival in Vienna since early April. 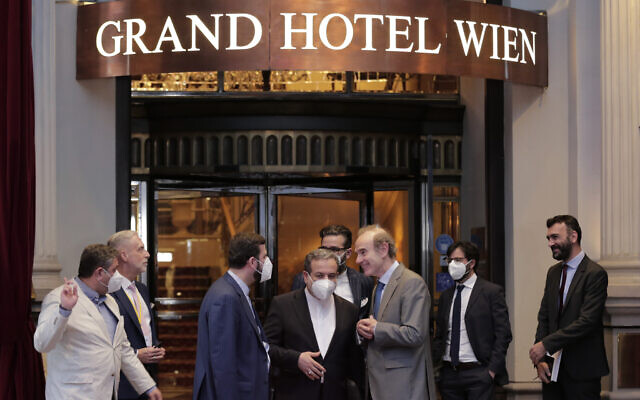 Iranian President-elect Ebrahim Raisi, an ultraconservative cleric seen as close to Khamenei, said on Monday he would not allow the nuclear negotiations to drag on.

A day earlier, EU negotiator Enrique Mora said that those involved in the talks were “closer” to saving the Iran nuclear deal but that sticking points remain.https://c55b31ca67a70228936201c0d8808833.safeframe.googlesyndication.com/safeframe/1-0-38/html/container.html

And Iran’s envoy to the Vienna talks, Deputy Foreign Minister Abbas Araghchi, said that “at this point, it is clear which fields, which actions are possible and which are not. Therefore, it is time for all sides, especially our counterparts, to be able to make their final decision.”

Araghchi added that “bridging the gaps requires decisions that mainly [the US] has to take. I hope in the next round we will travel this short distance — although it is a difficult one.”

Israel has always opposed the nuclear agreement, which it says could enable the Islamic Republic to develop nuclear arms.

A change of Israel’s government just over a week ago — which saw long-serving prime minister Benjamin Netanyahu ousted from office — has not changed the country’s policy on the matter. In a speech just before being sworn in as premier, Prime Minister Naftali Bennett expressed staunch opposition to an American return to the deal.