‘GUARDIAN OF THE WALLS’ PROVED ISRAEL CAN FIGHT ON 2 FRONTS

3 months after Gaza conflict, IDF gearing up for another round of fighting

Military doesn’t believe Hamas is actively preparing to launch fresh hostilities, but threatens harsh retaliation to any further violence amid rising tensions along the border

In his May 19, 2021, photo, an Israeli artillery unit fires shells toward targets in Gaza. (AP Photo/Tsafrir Abayov)

Three months after Israel and Palestinian terror groups in the Gaza Strip waged a brutal 11-day conflict, the Israeli military is prepared for another round of fighting with the enclave, IDF chief Aviv Kohavi said this week.

While the Israel Defense Forces considers May’s Gaza conflict, known in Israel as Operation Guardian of the Walls, as having achieved many — though not all — of its goals, it is still seen as something of a mixed bag. While there were some clear victories over Hamas, particularly against the terror group’s rocket production capabilities, there were also notable failures, namely Hamas’s ability to freely fire thousands of rockets at Israeli cities and critical infrastructure, which the IDF is now working to address.

Perhaps most significantly, as the first major conflict in the Gaza Strip since Israel finished construction of a massive underground barrier around the enclave to block Hamas’s border-crossing attack tunnels, the operation proved to the IDF that in the absence of that ground-based threat, Israel could fight on two fronts simultaneously: in Gaza, primarily with air power and artillery, and in the north, with ground troops who would be needed to fight the Lebanese Hezbollah terrorist militia.https://imasdk.googleapis.com/js/core/bridge3.476.0_en.html#goog_385844378

Yet Kohavi, along with other military officials, has acknowledged that even resoundingly successful operations have not always resulted in immediate, long-term quiet, including in the Gaza Strip. While there was relative calm along the Gaza border for several years following the 2014 war, in the weeks after the 2008-2009 Operation Cast Lead — a campaign that the IDF generally considers a success — terrorists in the Strip fired dozens of rockets at southern Israel.

Tensions have been on the rise in recent weeks, amid anger in Gaza over the slow pace of reconstruction and Israel’s initial refusal to allow Qatari aid into the Strip. In light of this, terror groups in the enclave have repeatedly taken to launching balloon-borne incendiary devices into southern Israel, burning large swaths of farmland and nature reserves, as well as, in one case, a house.Get The Times of Israel’s Daily Editionby email and never miss our top storiesNewsletter email addressGET ITBy signing up, you agree to the terms

Two rockets were also fired from Gaza at the town of Sderot, one of which was shot down by the Iron Dome missile defense system while the second failed to clear the border and landed in Gaza. The military believes they were launched by renegade members of the Islamic Jihad terror group as a form of revenge for the deaths of four Palestinians in Jenin the night before in a gun battle with IDF troops. 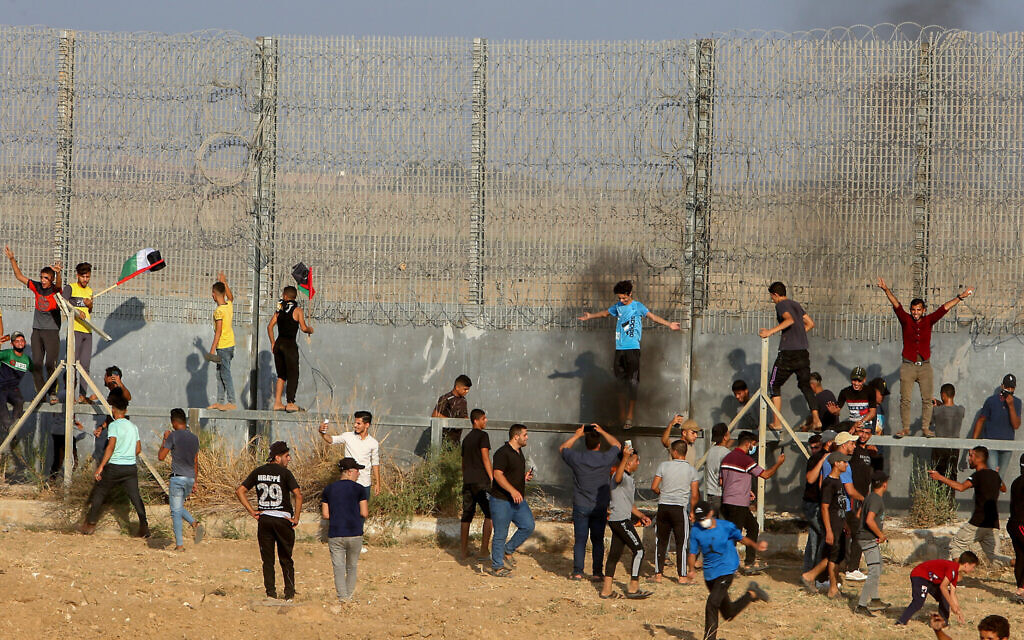 Palestinians clash with Israeli troops during a protest at the Israel-Gaza border, east of Gaza City, on August 21, 2021. (Abed Rahim Khatib/Flash90)

More significantly, Saturday saw a particularly violent riot along the Gaza border, despite assurances by Hamas to Egypt that it would only hold a restrained protest. Dozens of people rushed the security fence, including a Palestinian man armed with a pistol who opened fire into an Israeli sniper position at point-blank range, shot an Israeli border guard in the head and critically injured him. Forty-one Palestinians were wounded during the clashes, including one Hamas operative who succumbed to his injuries on Wednesday, the terror group said.

The IDF retaliated to the airborne arson attacks and Saturday’s shooting with airstrikes on Hamas facilities in Gaza, which the military says have been more forceful than similar retaliatory strikes in the past.ADVERTISEMENT

But despite the looming threat of renewed fighting, the IDF believes that Hamas’s leadership does not intend to initiate such a conflict, and that it did not approve or support last week’s rocket attack or the continued airborne arson attacks, The Times of Israel has learned. Hamas officials also told the Egyptian military that they plan to restrain a border protest planned for Wednesday, according to a report in the Palestinian Al-Ayyam newspaper.

The IDF is nevertheless preparing for potential violence along the frontier and deployed additional troops to the area this week ahead of Wednesday’s demonstration. Kohavi told reporters that any attack would be met with a forceful response, even at the risk that such a retaliation could prompt Hamas to launch rockets at Israel and sparked a wider conflict. 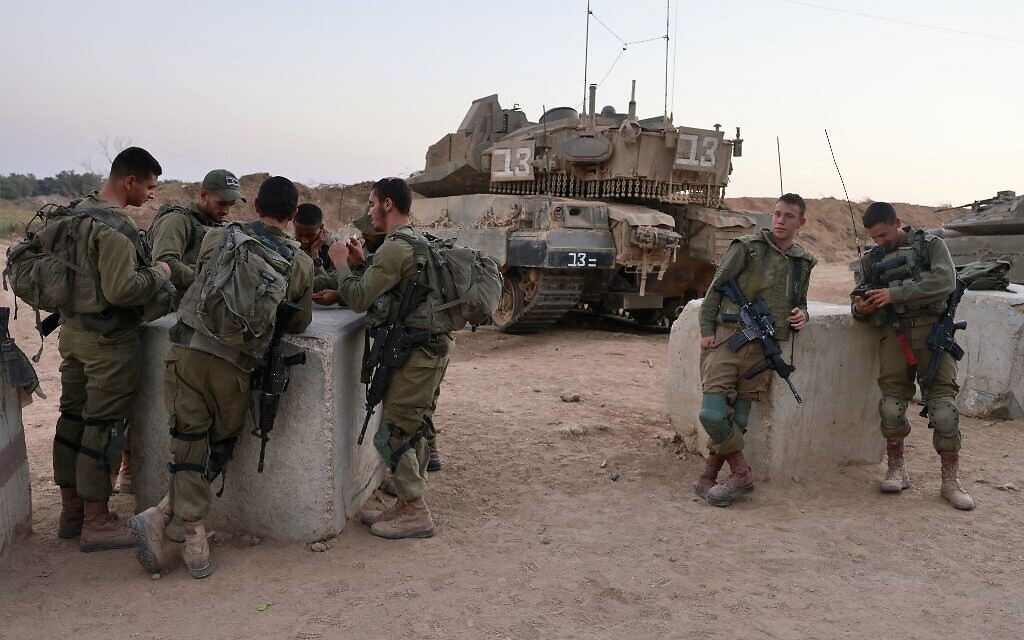 Israeli soldiers near the Gaza border near Sderot on August 24, 2021. (Menahem KAHANA / AFP)

“With the end of Operation Guardian of the Walls, the IDF prepared — in a concerted effort — for the possibility of another Gaza operation. We do not accept and we will not accept any violation of Israeli sovereignty, no matter who is behind it. And Hamas is responsible for everything that happens in the Strip,” Kohavi said.

Defense Minister Benny Gantz issued similar threats after meeting with the military’s top brass near the Gaza border ahead of the demonstration planned for Wednesday.

“Our ‘toolbox’ is filling – we have increased capabilities in terms of aid and development of the Gaza Strip for the benefit of over 2 million Gaza residents, and also in terms of the military plans that we are developing, should we be required to take action. The reality on the ground will determine which of these tools we will choose to employ,” Gantz said in a statement on Wednesday.

The fighting that began on May 10 was sparked by a rocket attack on Jerusalem by the Hamas terror group in response to clashes earlier in the day on the Temple Mount and other tensions in the capital. The IDF believes that Hamas’s leader in Gaza, Yahya Sinwar, predicted that the attack on Jerusalem would result in a minor skirmish with the IDF, not the far larger operation that Israel decided to launch, The Times of Israel has learned.ADVERTISEMENT

The operation ended 11 days later, on May 21, with a unilateral ceasefire: Israel stopped launching airstrikes and terror groups in the Strip, notably Hamas and Islamic Jihad, stopped firing rockets and mortar shells. A dozen civilians were killed in Israel during the fighting, along with one soldier, and over 250 Palestinians were killed, roughly half of whom the IDF believes were combatants.

During the fighting, Hamas and Islamic Jihad succeeded in firing over 4,000 rockets and mortar shells at Israel, most of them at cities and towns in the south, but also hundreds at Israel’s most densely populated metropolis: Tel Aviv.

While the Iron Dome missile defense system was able to shoot down most of the projectiles heading toward populated areas — with a roughly 90 percent interception rate — the attacks caused scores of casualties, particularly in the city of Ashkelon, home to over 120,000 people. During the conflict and since then, the government has pledged additional funds to the city to build bomb shelters and fortification for its residents. 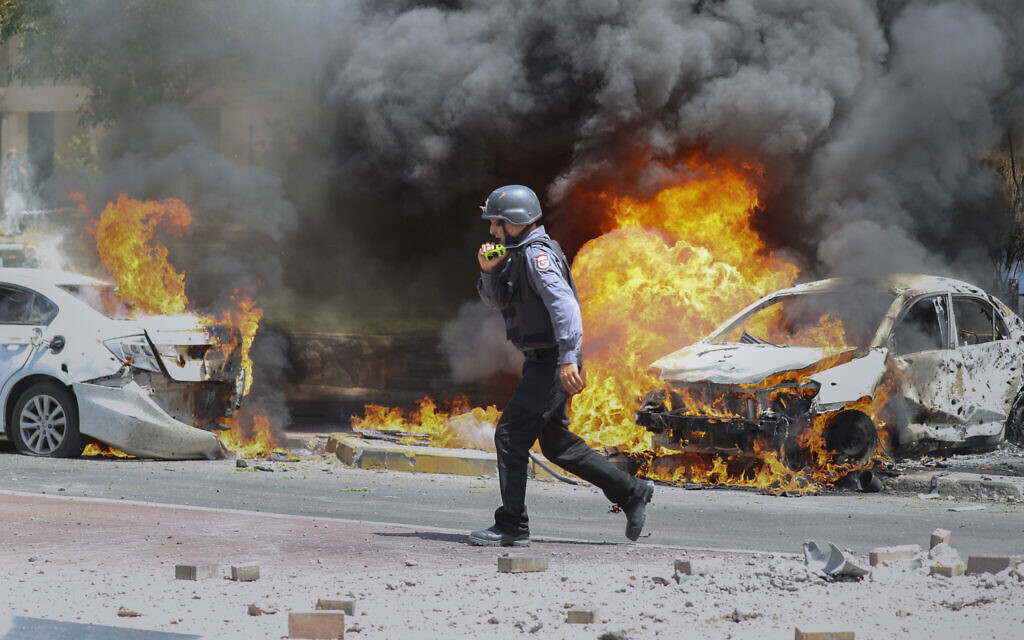 An Israeli firefighter walks next to cars hit by a missile fired from Gaza Strip, in the southern Israeli town of Ashkelon, May 11, 2021. (AP Photo/Ariel Schalit)

The IDF recognized during the conflict that the rockets were an area of weakness and has since set out to improve its ability to locate the launchers that have been buried and hidden throughout the Gaza Strip, including deep within civilian areas, in order to strike them in advance or, at least, more quickly destroy them after they have been used.

Though the IDF struggled to prevent Hamas and Islamic Jihad from firing projectiles, the military accomplished two main goals with its airstrikes during the operation: destroying most of the terror groups’ weapons production capabilities and demonstrating to them that the IDF was capable of striking their underground tunnels and bunkers.

This latter effort was seen most clearly in the IDF’s strikes on what it dubbed “the metro,” a curious name for what it said was a system of Hamas bunkers, tunnels, underground command centers and weapons caches under the Gaza Strip. The airstrikes, which began on May 13, were conducted according to plans that the military had been drawing up for years.

However, the attack on “the metro” did not go exactly according to those plans, which included a ground invasion that was meant to drive Hamas fighters into the tunnels and bunkers in order to maximize the blow to the terror group. Though the IDF halfheartedly attempted to trick Hamas into believing that such a ground maneuver was underway, the ruse largely failed and the military believes that far fewer Hamas operatives were killed in the airstrikes than the already low number that it initially assessed. 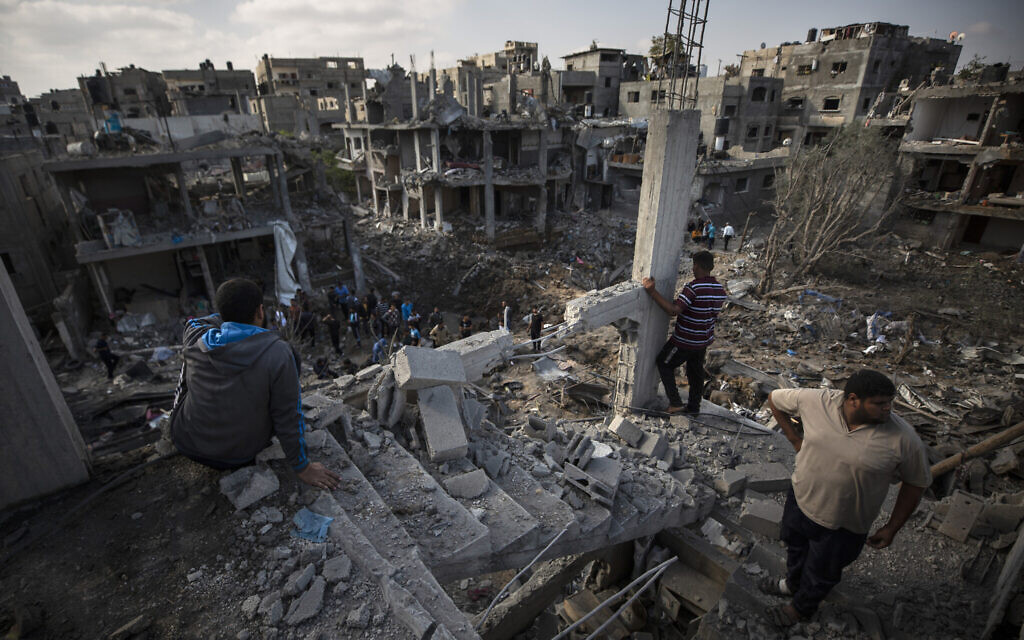 Yet the IDF top brass maintains that the campaign against Hamas’s underground infrastructure could not have been conducted better, as the terror group was growing increasingly aware of Israel’s ability to strike its tunnels. The military therefore believes that if it had not used those attack plans then, albeit in a less effective way than originally hoped, they would have eventually become worthless.

‘What has been won’t be again’

After the conflict, Israeli officials adopted a somewhat ungainly motto to refer to the country’s policy toward Gaza: What has been won’t be again.ADVERTISEMENT

Under this policy, the military has conducted more forceful airstrikes in response to low-level violence from Gaza, particularly airborne arson attacks, and the government has severely restricted the flow of aid and construction materials into the Strip, limiting the amount of goods and raw materials allowed into Gaza to less than half of what it was before the May conflict, at a time when the enclave must rebuild the thousands of homes and buildings that were destroyed in the fighting. 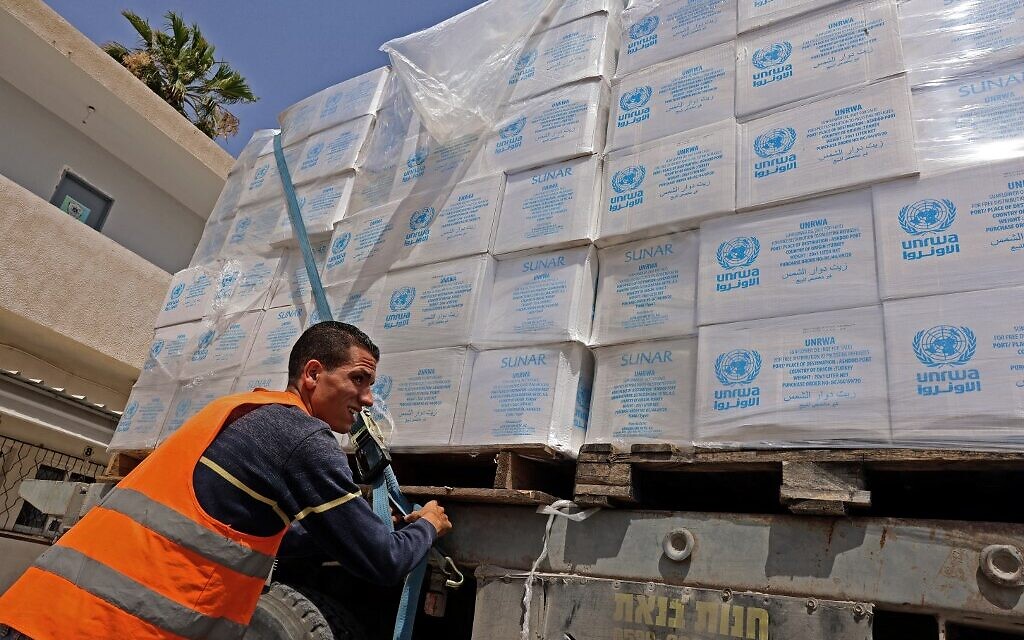 A truck loaded with humanitarian aid, passes into Rafah in the southern Gaza Strip, through the Kerem Shalom crossing, the main passage point for goods entering Gaza from Israel, on May 21, 2021, after a ceasefire brokered by Egypt between Israel and the Palestinian Hamas terror group (SAID KHATIB / AFP)

Despite international opposition and denunciation from human rights groups, Israel has made reconstruction of the Strip contingent upon Hamas returning two Israeli civilians who entered the enclave in 2014 and 2015 — both men are believed to have suffered from mental health issues at the time — along with the remains of two soldiers who were killed in the 2014 Gaza war

“Israel has only two interests in Gaza: security, and the return of the Israeli civilians and soldiers held hostage by Hamas. The development of Gaza is conditioned upon these two requirements,” Gantz told foreign ambassadors in a security briefing on Wednesday.